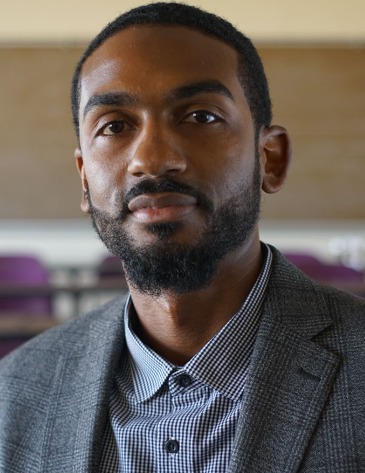 "We're always asked to focus on the practical, to focus on one thing at the expense of others. But the fact is that the world is intensely interconnected, and what we need is a radical transformation of our relationships to each other and our relationships to the environment and to various kinds of human and non-human life. If I could change anything, it would be everything."

Orisanmi Burton is an assistant professor at American University. As a social anthropologist, he explores the collision of Black-led movements for social, political, and economic transformation with the state infrastructures of militarized policing, surveillance, and imprisonment.

For his year as an Evelyn Green Davis Fellow at Harvard’s Radcliffe Institute for Advanced Study, Burton is completing his first book titled Tip of the Spear: Black Revolutionary Organizing and Prison Pacification in the Empire State. He will also begin work on a new project, titled Tip of the Spear: The Long Attica Rebellion and Prison Pacification in the Empire State-- a meditation on the ways in which letter-writing across prison walls is an ethnographic and archival practice that generates new configurations of intimacy, knowledge, kinship, gender, race, power, and human being.