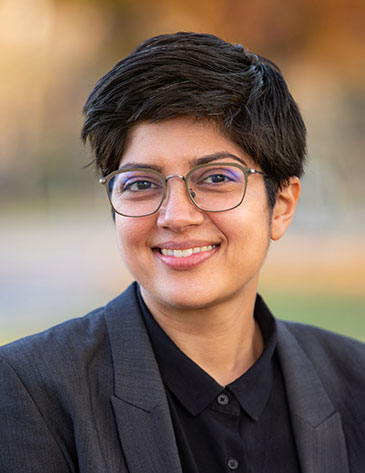 "Telling new stories about what's possible is a central part of what today's social movements are doing. We have to shrink the current punitive state. To do that we have to understand that jails, prisons and police are interconnected institutions. But it's not just a project of shrinking. It's also a project of what do we build? Let's build public schools, let's build healthcare for all. Let's build infrastructure that works for everyone. We should be working to build a society where we're focused on taking care of one another."

Amna Akbar is a Professor of Law at The Ohio State University where she focuses on social movements, critical theory, and policing race & inequality. As both an organizer and scholar, her work explores the intersections of national security and criminal law, and the potential of social movements to transform our thinking about law, law enforcement, and law reform.

Akbar is the co-author of Race, Racism, and American Law. She received her B.A. from Barnard College and her J.D. from the University of Michigan where she served as editor-in-chief of the Michigan Law Review.